The State of the Church

As I’m winding down my many weeks (months by now) of the study of the church through the ages, I’m almost astounded at the one persistent theme across all generations: people are a mess! Church people, lost people, all people. And in desperate need of a Savior.

At the end of 2016, I embarked upon a 40-day consecration with My King and during that time He didn’t release some great miraculous power through me (not sure what I was expecting lol!). You know what He did? He enlarged my heart in great proportions for His body. I mean, He enlarged my heart! To truly love purely in a way that only God can. Honestly, I didn’t even know I wasn’t loving to the fullest until He showed me the greater. The most amazing thing is it’s not a perfect body that I love so much. It’s a broken body. And because it’s a broken body, my heart is deeply burdened to see this beautiful bride made whole so she can fulfill her destiny in this earth. For how can she love the world rightly when she doesn’t even love herself?

Looking backward it’s easy to imagine a perfectly unified church that sat around consuming the Bible and worshiping daily together and so we set this standard against one another and harbor bitterness and resentment against anyone who doesn’t meet our perfect Christian model. But that’s not the reality of what life was like. By the end of the first generation Church, there was already division, heresy and wolves creeping in. The city churches didn’t have a full, canonized Bible like we have. They were lucky to have a letter or two that circulated and a faithful Pastor or Bishop who would present the whole truth. As years progressed, what little they had became less and less accessible until the majority of truth the people knew was what was presented through an organized church structure that had become so corrupt it wouldn’t dare allow the “lay person” access to the holy scriptures in a language they could even understand. For at least another 1200 years this went on! The Church failed. Even the heroes of the Protestant Reformation later failed. And man, did some fail terribly. Over and over throughout all generations, men failed. The Church has made massive mistakes and many grossly sinned against the very God they claimed to represent.

You would think that nearly 2000 years later, with a whole history to look back upon and learn from our mistakes, we would be doing better.

Despite all of man’s failures, however, the Gospel spread and the Church grew. During the early times it wasn’t some superb church organizational structure, it wasn’t protesting the government nor possessing the government that caused the church to thrive and grow so immensely in its first few hundred years. Missions and evangelism (not what we perceive them today anyway) didn’t cause the Christian church to eventually take over the whole of the Empire. No, individual relationships exemplifying the counter-cultural lifestyles of holiness, alongside the love and character of Jesus Christ did. Through steadfast love and boldness to share the truth, through neighbors actually caring about their neighbors did the Church grow so purely.

You would think that nearly 2000 years later, with a whole history to look back upon and learn from our mistakes, we would be doing better. Never in all of history has there been such great individual access to the scriptures and freedom (for most of the world) to practice such. But here we are… a broken and divided people, full of hypocrisy, self-righteousness, compromise, arrogance, entitlement, easily offended, and far from the pure love of God demonstrated toward us through Jesus Christ. When we could so easily promote the truth with humility, mercy and grace, instead we cling to our traditions and worldly identities; we self-indulge and balk at self-sacrifice–and God forbid we sacrifice for the sake of another, let alone our enemy!

Here we are all these years later with full access to every God-breathed word to lead us, to fill our souls with truth, to birth new creations; yet we remain a people ever learning and never coming to the knowledge of the truth.

There remains but One perfect man to grace this earth with His presence. The man Christ Jesus. One man alone became our Mediator, our Savior and our Way to eternal salvation. At what point can we stop criticizing, hating, and puffing up against one another for falling short and just seek after the more excellent way? To love as He loved? We cannot even properly restore one who is in error without first walking in a spirit of meekness (Gal 6:1). Or seek to speak His truth with hearts full of compassion to a lost world? (believe it or not, you can love and still remain faithful to holiness.)

Yes, there are heresies. There has always been. Yes, there are oppressors. There has always been. Yes, there’s division and persecution. There…has…always…been. We have to overcome these excuses for apathetic (cold) hearts and move forward as the Spirit-filled people we claim to be. We cannot allow these things to determine our level of love for anyone (brethren, unbeliever, oppressor, enemy alike). We have a very clear example in Jesus to follow. As John says, He that says he abides in Him ought to walk as He walked. It IS the last days. The very thing on trial is OUR LOVE, the state of our hearts, and that because iniquity abounds (Matt 24:12).

With tears streaming down my cheeks, I write to this broken body. I’m so tired of multi-level, multi-dimensional, seemingly deep revelations and theological commentaries on every subject under the sun when we don’t even walk in the base capacity to love as Christ loved us. Dirty, wretched sinners, wallowing in self-destruction and yet He called us, loved us and made us whole. The very nature we are to possess, we rather suppress and hide under a multitude of words…words…and more words. Vain. Empty. Words.

The state of the Church lies collectively in the state of our hearts.

The most striking trait of the early church was not simply their unity nor the power they walked in (for even those who do many miraculous works can still be denied by the Lord on judgment day Matt 7:21-23), but it was the state of their hearts. Their desire to overcome evil with good. In one historical instance (Carthage, 252AD), the very ones who were persecuting the Church (even unto death) were struck with an epidemic that left them dying in the streets. Perhaps justifiably the Christians could have let them alone and said, “God do with them what He will for the evil they have brought against us.” But no. They took up the cause to care for them–putting their own lives at risk for the very ones who took their lives!! They chose to overcome evil with good and to be the standard bearers of the love of God. They took them into their arms and nurtured many of them back to health, declared the gospel in word AND deed. And can you guess the result of such love? Many of those who survived converted. The counter-cultural, sacrificial, self-LESS, love of God in action could not be denied.

So at what point do we say enough is enough? Stop condemning every one for every thing and just accept that mercy rejoices against judgment?

Trust that God is a just God. No doubt He will punish every evil doer and the day is coming that His wrath will be poured out upon the earth and a new heaven and a new earth established for the Sons to dwell with Him forever. But until that Great and Terrible day, we are granted the ministry of reconciliation to bring home sons and daughters that they might be filled with His Spirit and learn to walk in the way of righteousness. It’s not by might nor by [man’s] power, but by My Spirit, says the Lord!

If we can’t die to our selves, to our own “rights” to be this or that; if we can’t stop condemning, on one hand, and exalting men on the other, how can we manifest the pure love of God? Good Lord, there is none perfect! No, not one save the Lord Jesus Christ Himself. We must release one another from such ungodly expectations and strive to do better. People are dying and going to a literal burning lake of fire and we waste more time on social media bickering about our political and theological viewpoints against one another than we do reaching unbelievers with the truth and compassion of a life-saving gospel.

The body is broken. 2000 years–more knowledge than ever–but more divided and self-centered as any of the previous generations. Church, we have to wake up and step up. “I’m right, you’re wrong” mentalities do nothing to further the gospel nor expand the Kingdom. Are we walking according to the law of the Spirit? Are we seeking His counsel to speak as an oracle of God according to Eph 4:29 that we may minister GRACE to the hearers? God WILL do His part, guaranteed. He will separate the wheat from the tares, the sheep from the goats at the appointed time. Until then, can we please lay aside these weights and sins that have so easily beset us and grow up in Him?

Sacrifice for others. Love fiercely. Forgive quickly. Lay aside all pride and personal “rights” for they should have died when you died with Christ. Resist not evil, as Jesus says, but seek to overcome it with good. Seek the path of humility before God and man, as I’m sure you’ve heard that God resists the proud but gives grace to the humble. Die to self. Die to self. Die to self. So we can truly live in Him, or better yet: So He can truly live through us. And then maybe, just maybe, the world will see a pure love that rejoices not in iniquity but in truth and suffers long. Maybe it will see His loving kindness and enduring mercy. Maybe through a Church that represents Christ rightly, the world will taste and see for themselves that the Lord He is good and won’t need your picket signs to tell them they’re going to hell but will fall to their knees under the weight of His holy majesty and repent simply because they have encountered the true and living God.

I am absolutely, totally, uncompromisingly convinced that if we seek with all our might clean hands and pure hearts, following the sacrificial, meek and lowly in heart example of Jesus Christ, He will manifest through His body to see this last days’ harvest come into the kingdom. Remember: it’s HIS desire, not ours, that none should perish but all should come to repentance. This space we have set before us… It’s His long suffering to see people saved. He alone is the Faithful One.

I pray the Bride take serious the call to make herself ready, be made whole in Jesus name, so she can do the work she’s called to do in this last hour. Amen. ♥

View all posts by MandyLouWho

3 thoughts on “The State of the Church” 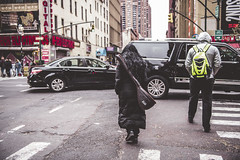 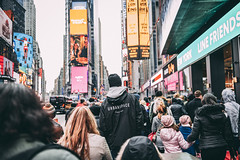 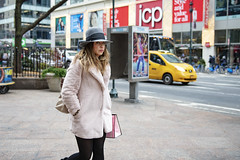